CreateDebate Snappy Awards is a social tool that democratizes the decision-making process through online debate. Join Now!
To learn more, check out the FAQ or Tour.

Your profile reflects your reputation, it will build itself as you create new debates, write arguments and form new relationships.

Make it even more personal by adding your own picture and updating your basics.

Facebook addict? Check out our page and become a fan because you love us! 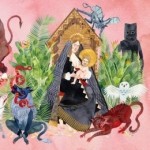 Enemies
View All
None

Joined:
9 years ago
10 most recent arguments.
View All

Whoever upvoted this should be ashamed.

I was lurking the past few days, wondering when this was going to get posted. Irrelevant, I know, but anyone have the backstory on Andy's avatar change?

Danny2TheMax, with the whole multi-account charade.

Yeah, yeah, I know, but he still deserves it more than any of the other nominations, but if I can't go with him, I'll guess I'll go with Azra's nomination of Avesatanas.

Chuckhades, by far. I know Reventonrage is supposed a badass motherfucker at religious debates, but I never actually saw him in action, myself. Plus, he's either on mass hiatus (again), or he's left for good.

Lolzors and Chuzlife definitely don't deserve this. After scrolling around a bit on the all time leaderboard, I'd probably give it to Axmeister or Srom. Although, for the former, I don't see him on nearly as much then when I first joined, and for the latter, I don't see him debating religion NEARLY as much, so... Srom, I guess.

I'd have to say Chuck... makes me wish we had conversed more, before his departure. However, Prodigee is an o.k. choice, definitely doesn't exceed Chuckhades, though.

8 years ago
Support Dispute Clarify Jump to Debate→
Cynical has not yet created any debates.

Back to the action!